Miss LifeWalk 2010 — The Pageant That Changed EVERYTHING

Prior to this, i had been doing drag just not calling it that for 3 years.

The Miss LifeWalk Pageant was the first time i claimed and called myself a queen. That small, seemingly insignificant moment in a pool surrounded by my friends where i said, “i’ll represent the Resource Center in the drag pageant” radically and drastically changed my
life.

i wrote not one but two books on drag.

i won the first ever Diva USofA prelim to exist AND the 1st Miss USofA Diva. My drag mom Joe S Hoselton won shortly after and we were the first to reign together.

i got to wear a USofA crown made by the system’s original designer, the late great The DragonLady Earring Company. It was an honor of a lifetime and dream come true.

i judged hundreds of pageants with my crowing jewel being the 1st Diva and AFAB female to judge USofA Nationals, under the incomparable, Jerry Bird 🙏🏽.

i got to dance and travel with my bestie, 2 queens performing at Bud Light’s Up For Whatever weekend in CO.

i met and married my wife C.C. Col.

i met and married, myself.

So much. Drag has given me so much.

And every time i start to think our relationship has reached the end, drag pulls me back in.

i’m excited to see what glass ceilings we’re going to bust through next. ✊🏽🪞👸🏽

Click here or the pic below to be automatically redirected. 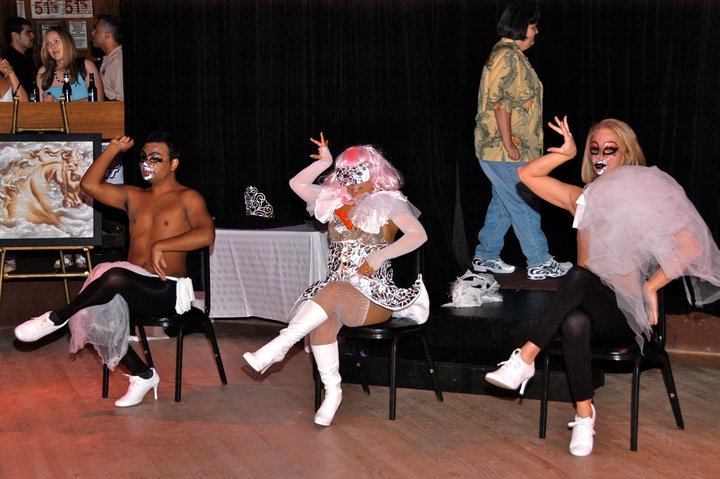